Starting From Untrained to Becoming an Intermediate Lifter

My brother took me to the gym for the very first time in the summer of 2014. Ed was preparing for the ROTP admission back then, so he had some experience with weight lifting. He taught me how to use the equipment and spotted me with basic exercises. I remember struggling to press an empty barbell which gave both of us a good laugh.

When I returned to school the following September, I started hitting the gym 2~3 times a week regularly. After my first four months of light training, I recorded my strength level through a web app called Symmetric Strength to gauge where my starting strength was. 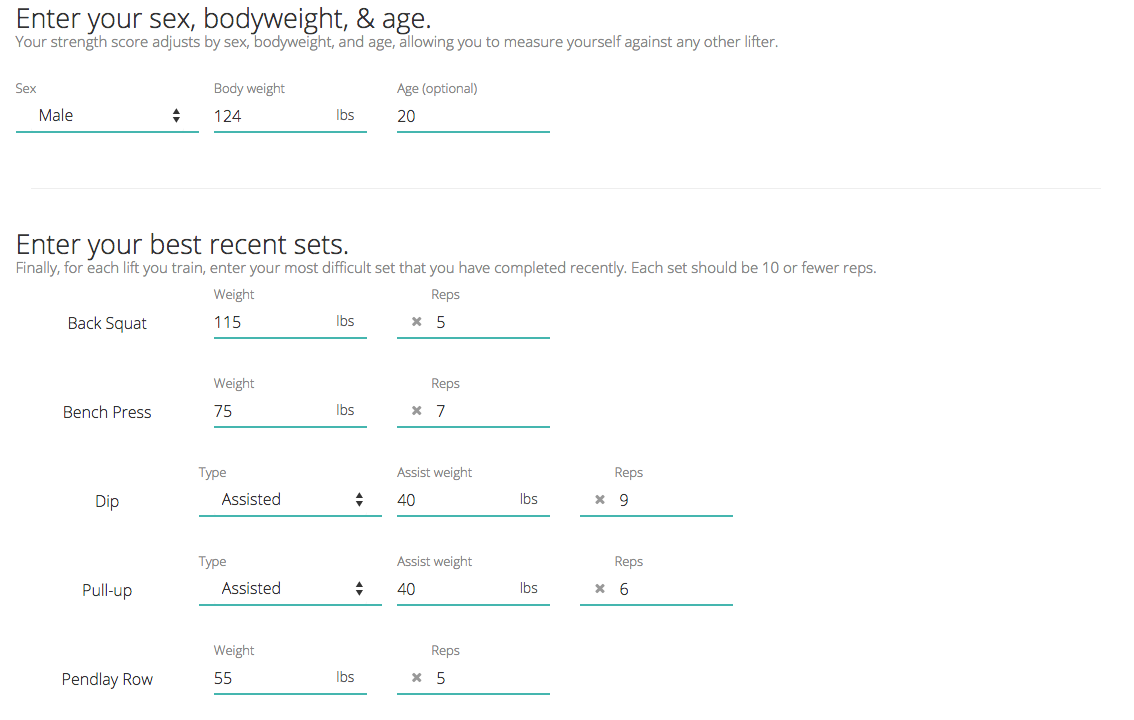 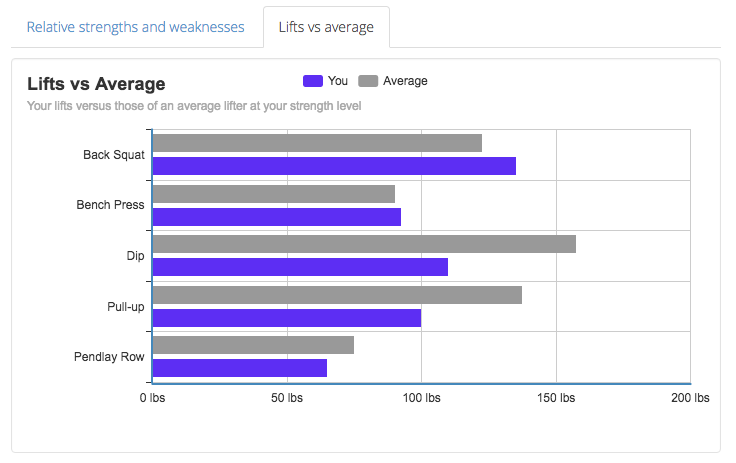 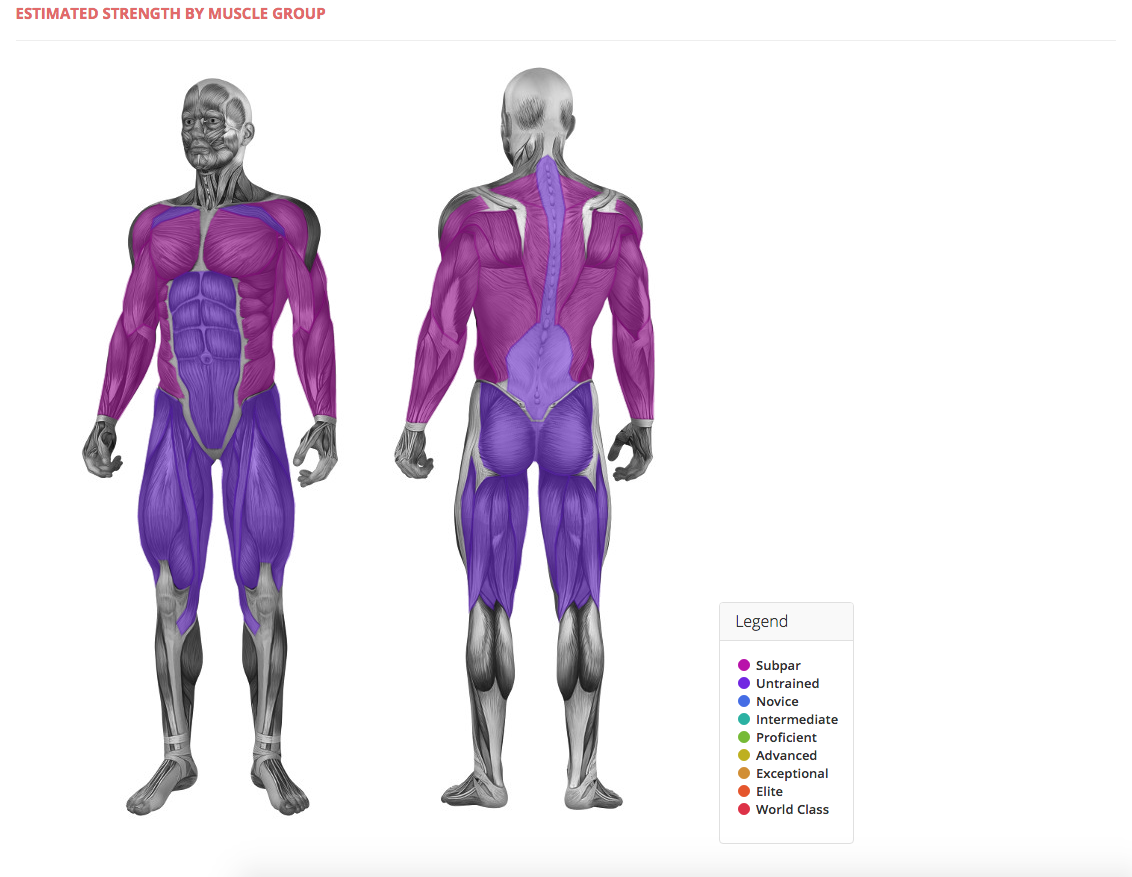 I was still very much a beginner at this point. I remember watching a lot of youtube tutorials and asking people for advice when I didn’t know how to do certain exercises properly. I also focused on improving my upper body strength because it was a lot weaker relative to my lower body.

The following results are from working out for another four months, training 3~4 times a week with higher intensity. 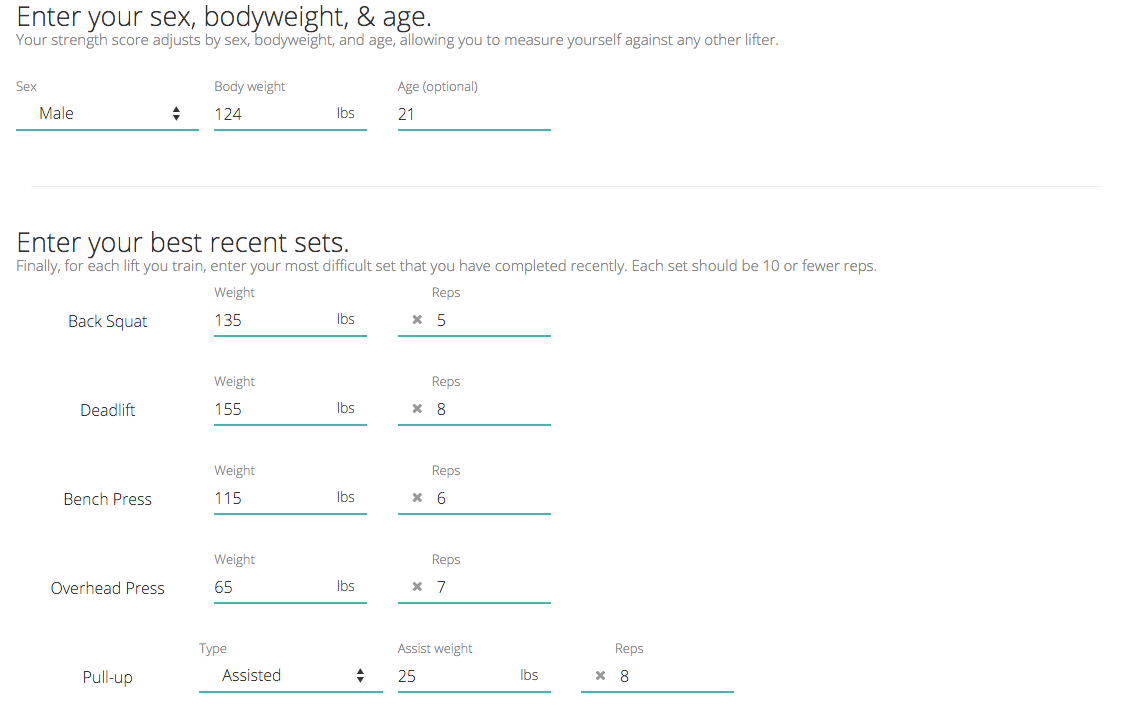 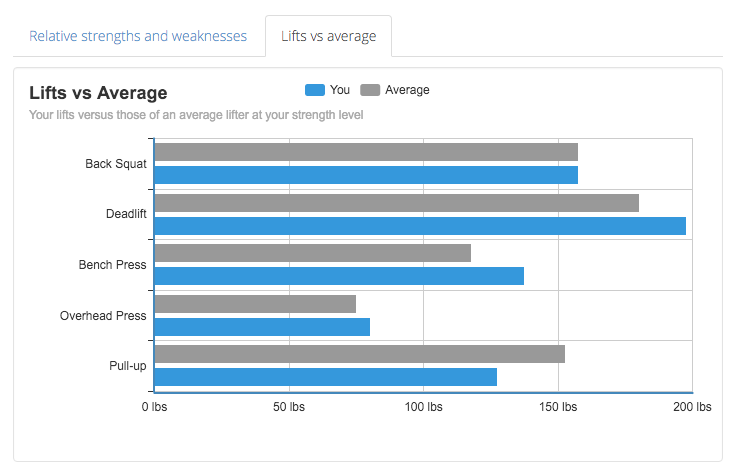 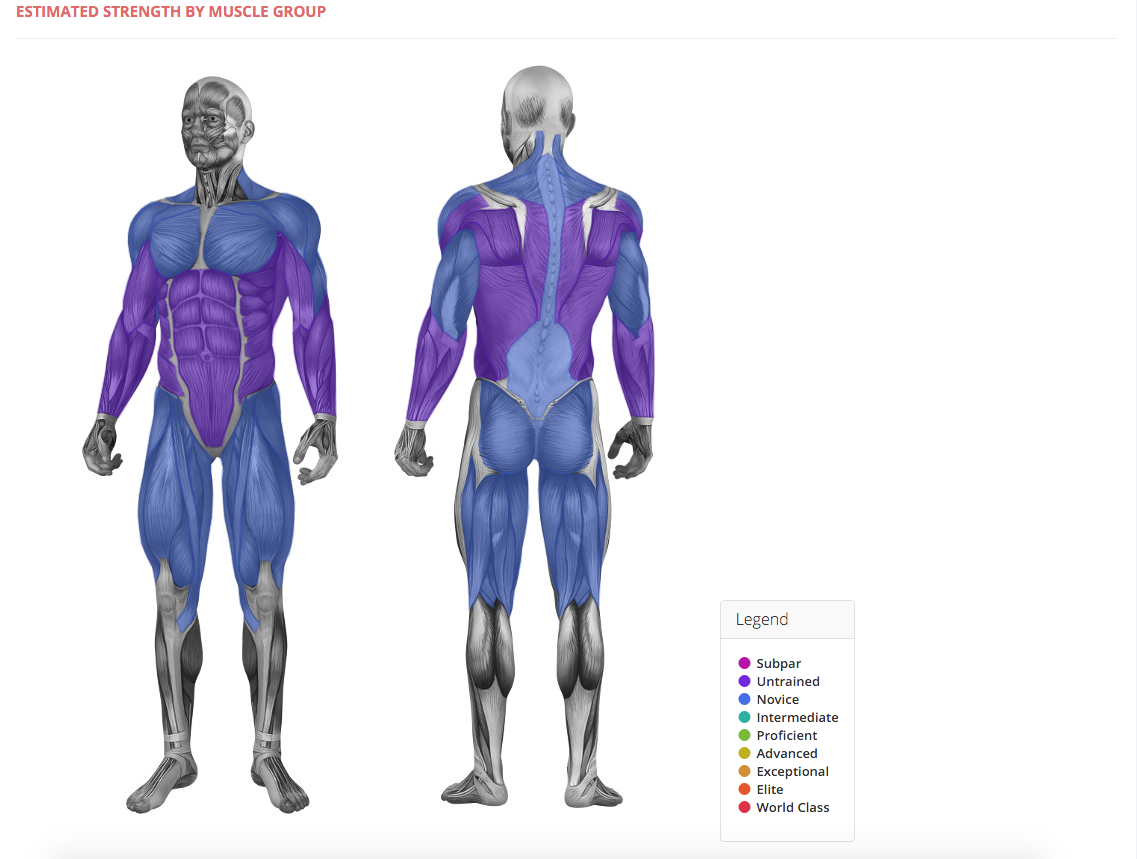 My vertical pull was the weakest muscle group, so I continued to focus on that along with compound movements such as squats, deadlift and bench press to improve muscle coordination.

The next set of results are taken after an additional year of training following my own program with increased intensity and volume, in a total of 1 year and 8 months since starting. 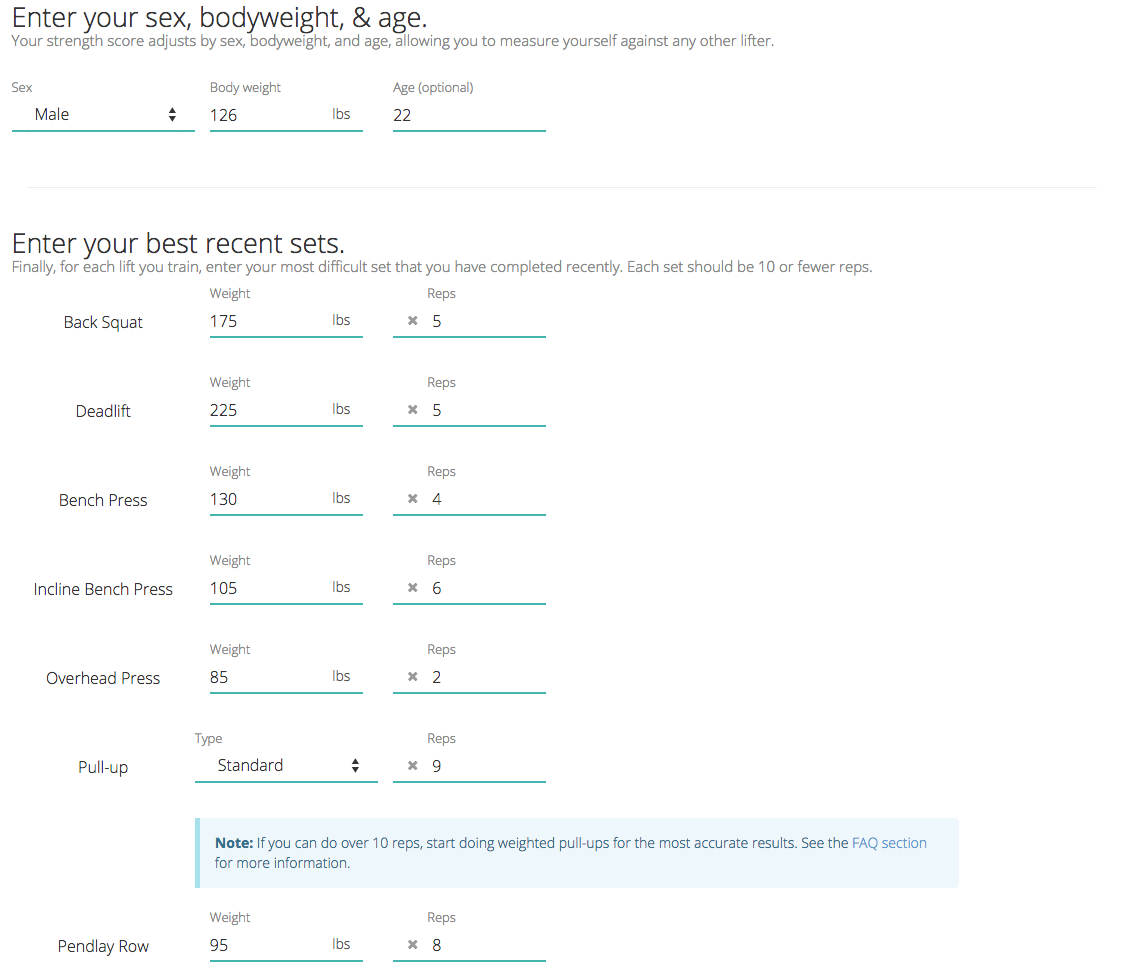 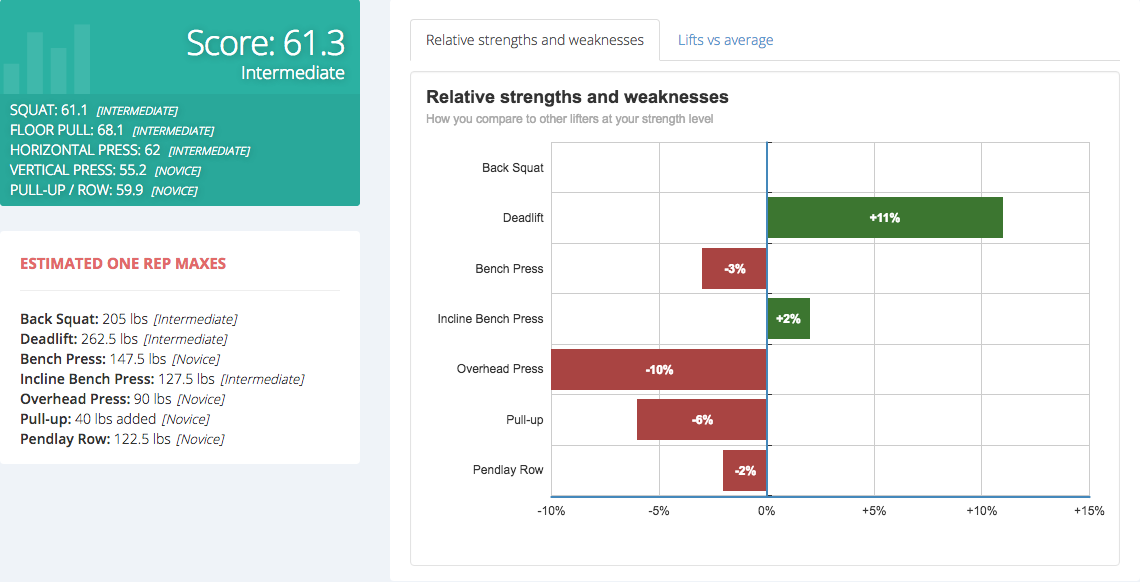 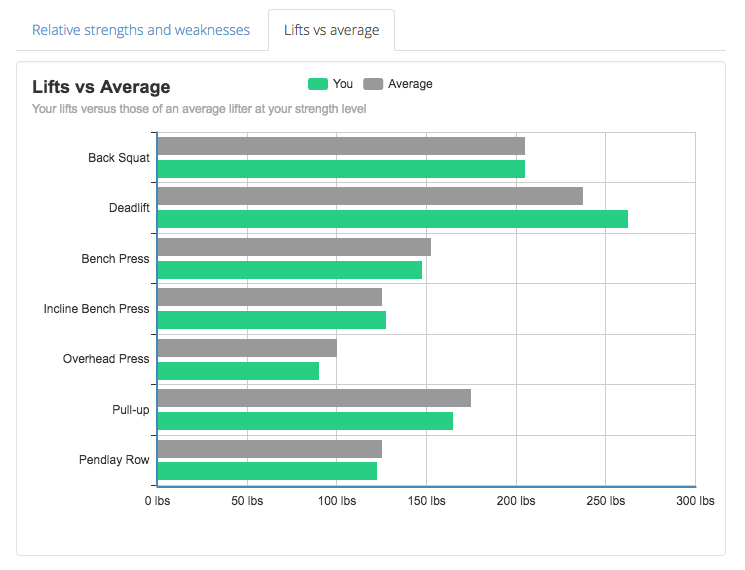 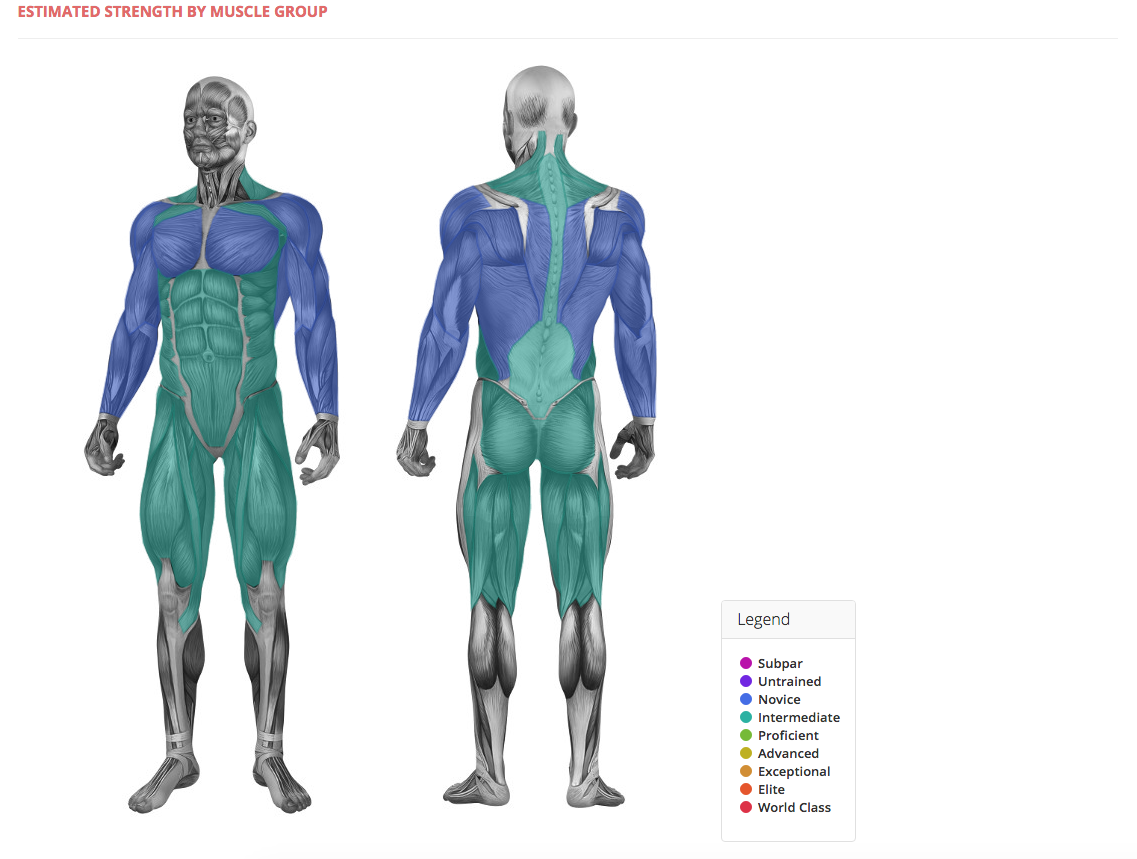 Other than taking 3 months off to recover from the top surgery back in May 2018, I have been very consistent with my training routines. I am now working towards various calisthenics skills such as the muscle ups, levers, planche and handstand. I am not sure if Symmetric Strength can continue to accurately represent my progress anymore since it can’t capture straight arm strength or skill-based exercises. Nonetheless, here is my current strength level at close to 5 years in training. 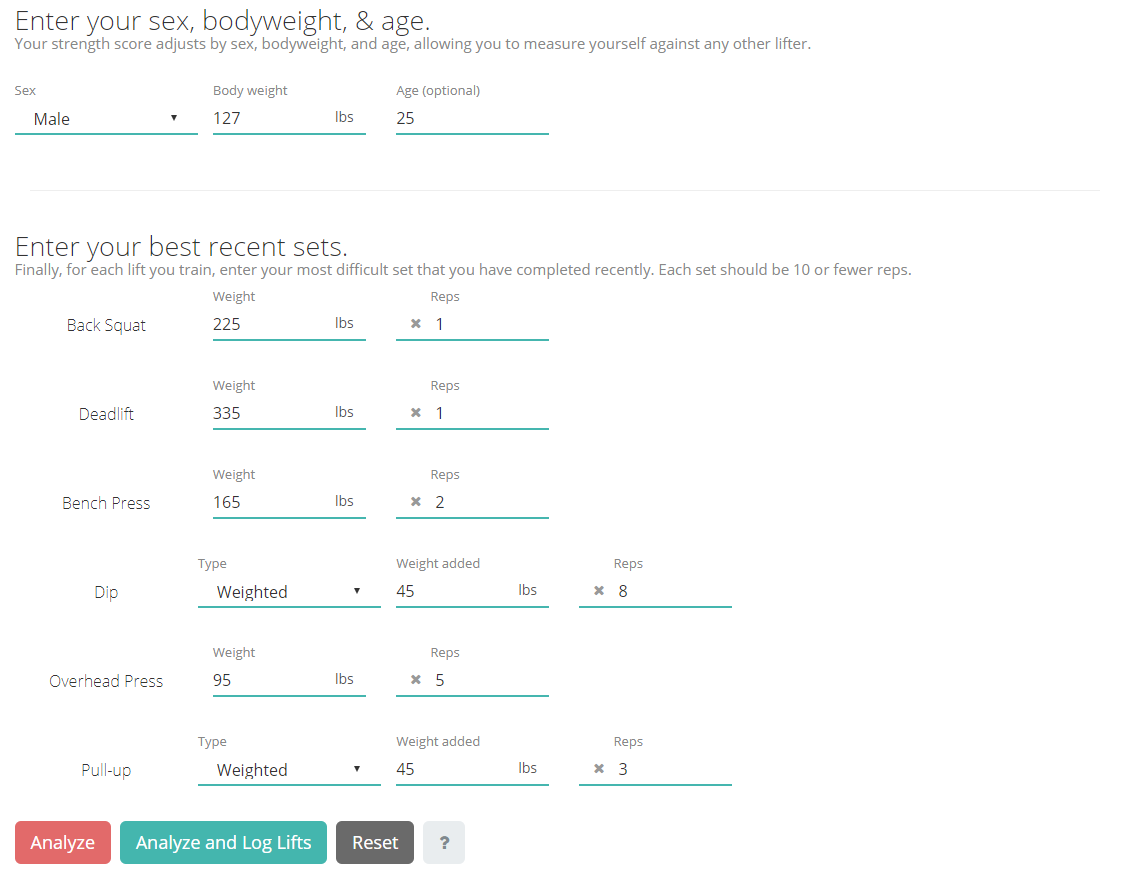 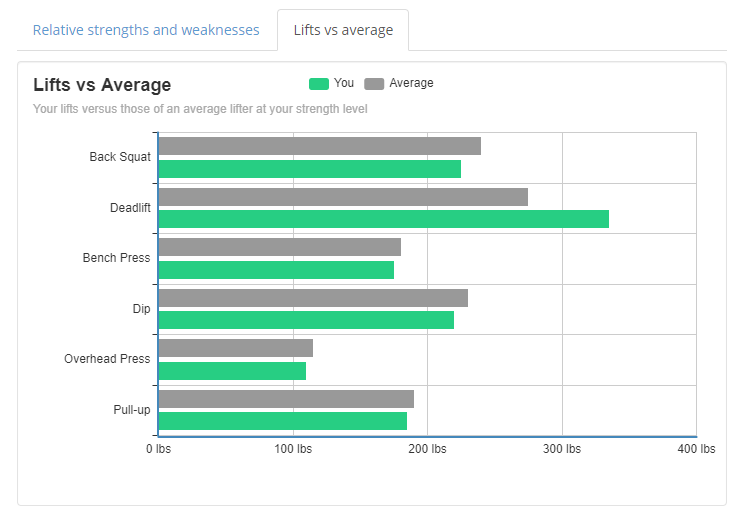 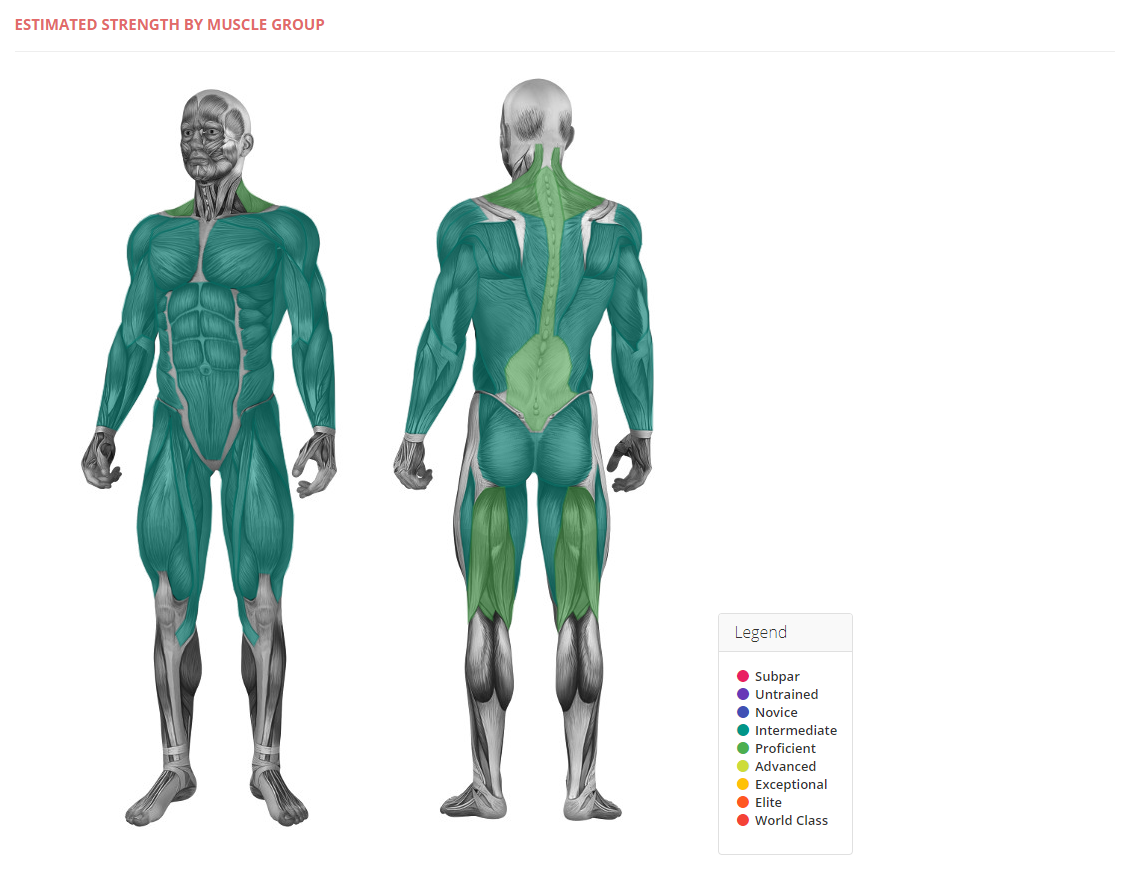 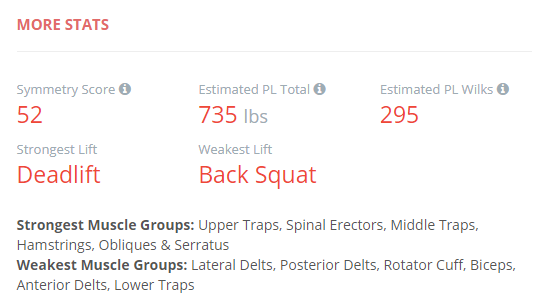